THE POWER OF SOCIAL INFLUENCE AND THE LINKS OF ANXIETY ON ENERGY INTAKE. A LABORATORY STUDY. Cheah Khang Jin 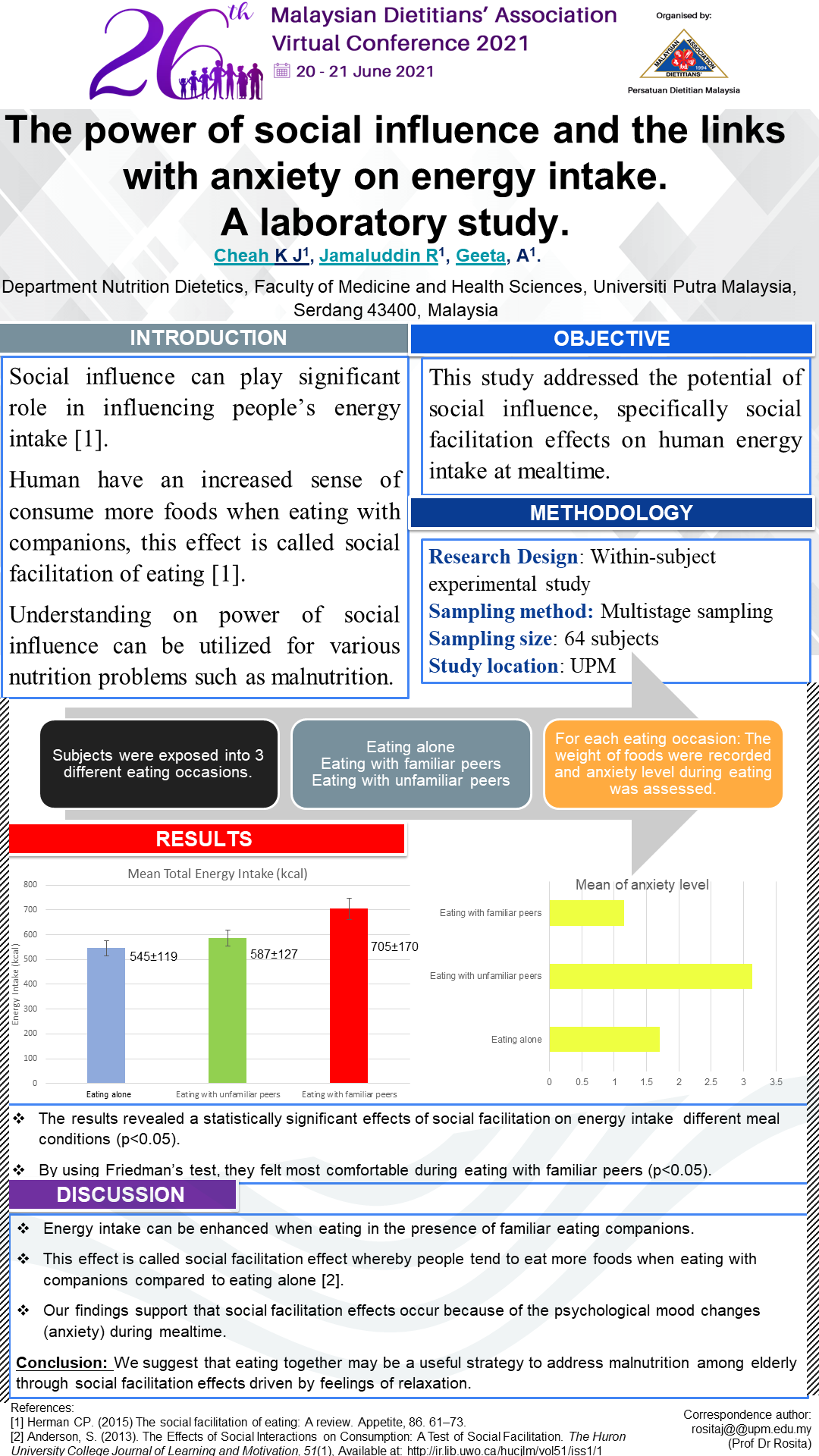 Understanding on power of social influence can be utilized for various nutrition problems such as malnutrition. This study addressed the potential of social influence, specifically social facilitation effects on human energy intake at mealtime.

64 participants from a public university participated in three standardized eating occasions scheduled at 1 week apart, namely, eating alone, eating with unfamiliar peers and eating with familiar peers. The participants were invited to serve themselves lunches from buffet containing white rice, chicken dish, tempeh and stir fried vegetable. Questionnaire regarding anxiety level during eating was answered by participants after lunch for every session of experiment day.

The present study shows that energy intake can be enhanced when eating in the presence of familiar eating companions. This phenomenon is called social facilitation effect. In the eating with a group of familiar peer, energy intake was 29% higher compared to eating alone. it is also thought that impacts of social facilitation of eating occurred greatly under less anxiety situation.

Energy intake can be affected by social influence, consumption of energy is greatest when eating in a group with familiar peers Eating together may be a useful strategy to address malnutrition among elderly through social facilitation effects driven by feelings of relaxing. Further consideration of clinical implications among elderly is required.