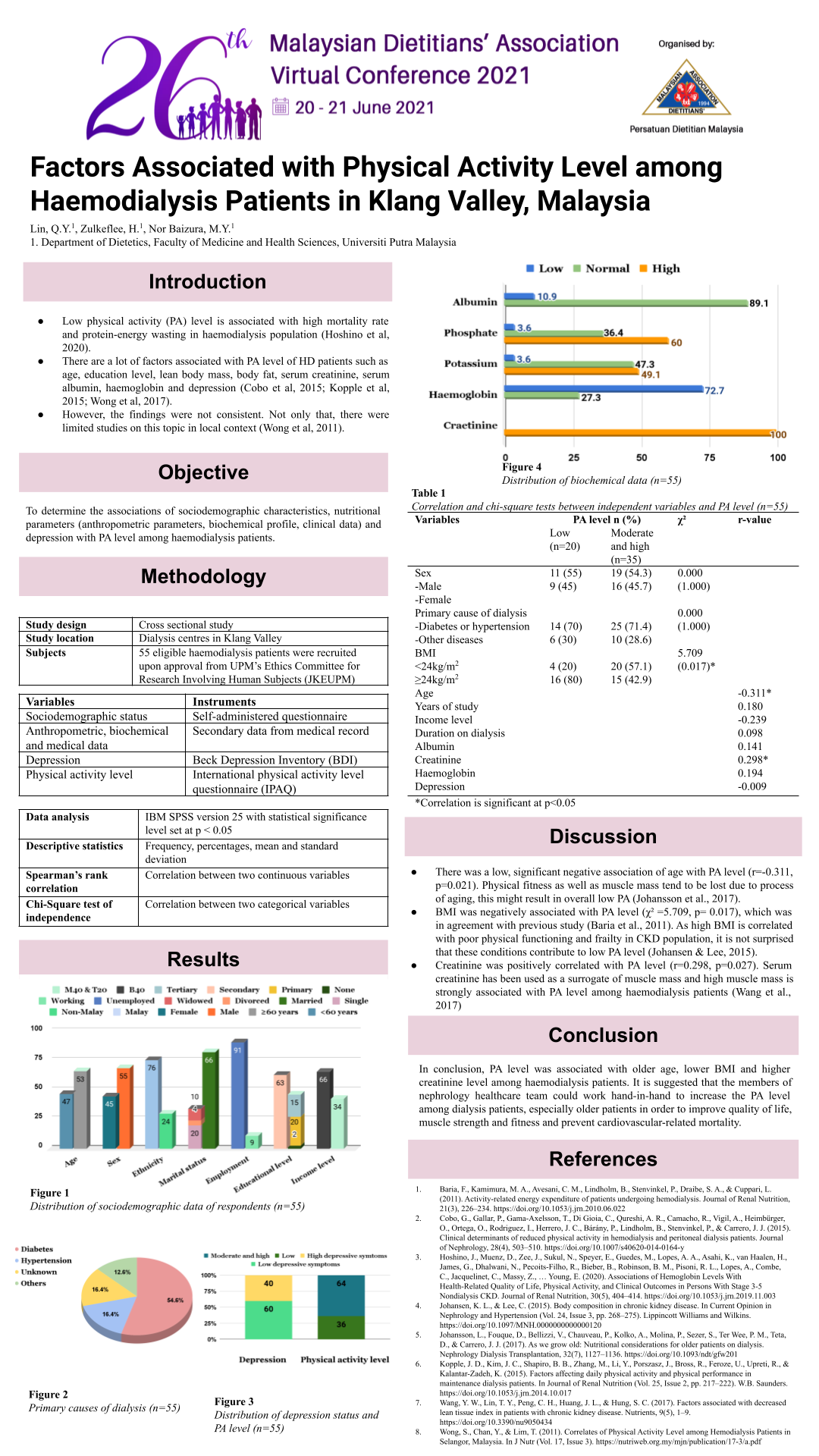 Physical inactivity is prevalent among haemodialysis (HD) patients due to kidney failure itself, side effects of treatment and worsening co-morbidities. It is linked with a greater mortality rate and increased protein-energy wasting among HD patients. However, most of the studies enrolled mainly the Western population, with a lack of data among the local population. Hence, this study aimed to determine the factors associated with physical activity among HD patients.

This was a cross-sectional study that involved 55 haemodialysis patients in the Klang Valley, Malaysia. A face-to-face interview was conducted to obtain sociodemographic data of patients while anthropometric, biochemical parameters and medical history were obtained via dialysis medical records. International Physical Activity Questionnaire (IPAQ) and Beck Depression Index(BDI) questionnaire were used to assess the physical activity level (PAL) and depressive symptoms of the patients. IBM SPSS version 25 was used for statistical analysis with a significance value of <0.05.

Most of the respondents had low and moderate PAL with hyperkalemia, hyperphosphatemia and low hemoglobin level. Nutrition education, especially on food intake high in potassium, phosphorus and iron is recommended to be given for hemodialysis patients. Hemodialysis patients should be encouraged to perform more physical exercise, especially older patients who are more prone to fall and sarcopenia. Patients who are obese are recommended to do more physical exercise as well to ameliorate associated comorbidities.